“I was recently given the honor of singing this beautiful song. I had a lot of fun doing it, as well as participating in this video. Here’s a link to it. Oh, we had some fun with make up too! Put a few years on me.” -Jimmy

Special Acoustic Performances by Jimmy Gnecco with The Underground Thieves 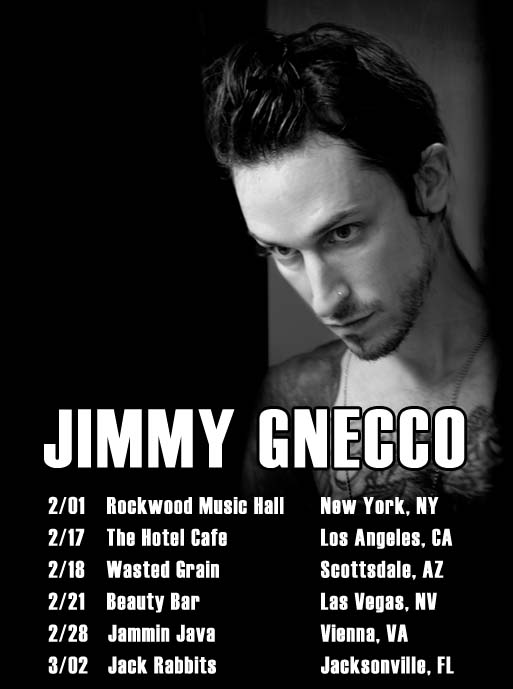 It is with heavy hearts that we announce the passing of our dear friend Jason Corsaro. Jason was a caring, passionate, talented, inspiring, and hard working man. We were in constant awe of his work from the past and his continued desire to still find the magic in the recording studio. He was set to mix our upcoming records, but recently became too sick to do so. He fought hard, but unfortunately cancer won. We will miss him and we ask that you hold him in your hearts.
RIP
Jason Corsaro 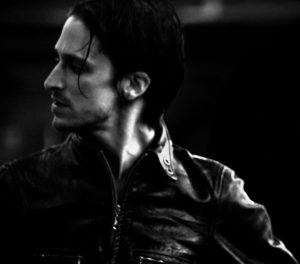 Get a FREE Copy of OURS Spectacular Sight 3 Song CD Sampler with Any Merch Order!
CLICK TO SHOP

We just wanted to give you an update on the Ours record release. Due to circumstances well beyond our control, the release has been pushed back a little bit. During the process of recording this record, plans evolved and changed. We have actually recorded 3 records worth of material of which we’ve been sorting through. We did put together a 3 song sampler which will be available for free to all who attend the release party on June 17th. Thank you all so much for your support and we will keep you posted on the release date.

OURS Record Release Party at Mexicali Live in Teaneck, NJ on 6.17.17

Special performances by Ours, The Revel, Ronnie Shingelo and Hannah Gernand.
OURS only scheduled appearance in NJ!
All Ages | Doors 6pm | CLICK FOR TICKETS

Jimmy recently sang on this track Sleeping’s for Dreamers.  It was written by his friend Matt Walker for a project called of1000faces.  The single was released today and is now available on:

OURS release party for their upcoming new record Spectacular Sight will be on Saturday, June 17th at Mexicali Live in Teaneck, NJ.  Click HERE for tickets.

Special performances by Ours, The Revel, Ronnie Shingelo and Hannah Gernand.  Doors 6pm.  All Ages. 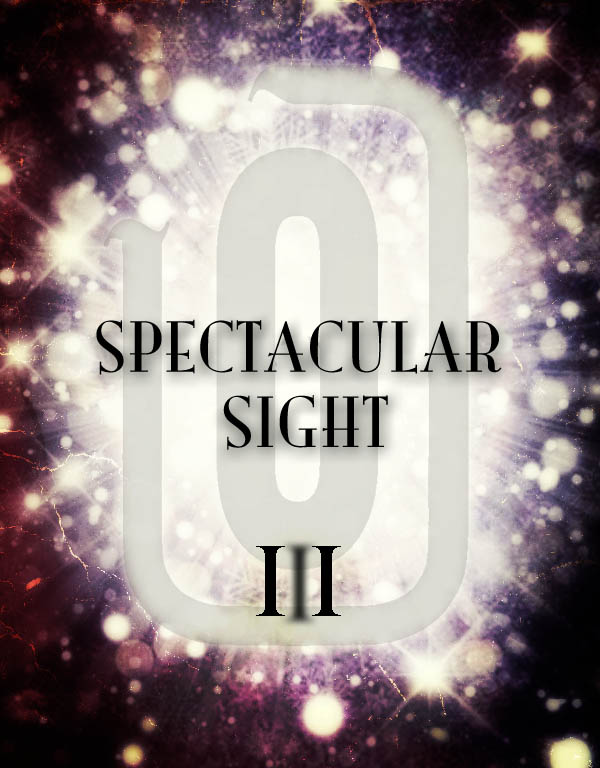 “Cool little thing I did with my buddy Michael Maxxis.”  -Jimmy

ON SALE NOW!
Free New OURS Song Download to Everyone Who Attends! 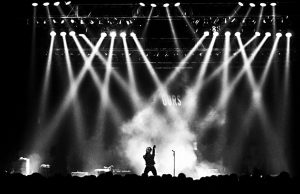 OURS Residency at Rockwood Music Hall in NYC starts this Thursday, June 2nd!

Hello Friends,
Just reaching out to fill you in on what’s been going on. We’ve been underground sorting through somewhere around 100 songs. Even before the painfully sad passings of both David Bowie and Prince, it has been my plan to catalog as many songs as possible. As I mentioned the number of songs is overwhelming and the work load is immense. Cataloging is one thing and turning them into great recordings is another. Especially when I refuse to tune or cut and paste vocals. I believe that more than ever it’s important to actually have real vocals on the records. In a time when so many are tuning vocals, it’s impossible to tell what’s real unless I draw a hard line and say I absolutely will not tune any singing. My own, nor anyone else’s who I work with. This creates so much work, because anyone who has done it for real will tell you, it is not easy.

Right now we have just about thirty songs recorded of the forty or so that we intend to record by the end of the year. We are looking at all sorts of different ways to release this music and we hope to start getting it out to you all as soon as possible. In the meantime we will be doing a residency at Rockwood Music Hall during the month of June so that we can try out a few new songs and reconnect with some previous ones. We would love to see you there. We’re also planning a bunch of dates for the month of August that will take us across the country. We won’t be playing every city this time around because this is more of a low key run until we release the full record. There may possibly be a release of some material before we hit the road, but we’ll see what happens. We’re doing our best, but it takes a lot of time. I’ve also been producing and recording some other artists…Hannah Gernand, Dean & Dillon D’Antuono, and Ronnie Shingelo. I am working with them in the same way that I would work on an Ours record. Working hard on quality songs and recordings, and getting great vocal performances that are real and not tuned. I’m hoping to find some time to record a few songs for April Bauer as well. Time is our biggest challenge right now.

We will keep you posted on when the music will start to come out. We also have a few surprises for you. In the meantime we just released a song on the Transformers Soundtrack ‘Roll Out’ with some of our friends and peers. I also did an EDM track with the Disco Killerz & Liquid Todd called ‘Stellar’ that seems to be blowing up all over the place. Who would have thought? I loved the song so I was excited to hear about the success of it. Obviously different from what you may know of us, but it was fun for me. There are DJ’s all over doing remixes of it and people dancing and enjoying themselves, so that makes me smile.
As always thank you for your love and support, and I hope that you are all well and happy.

Interview with Architect of Sound

Our good friends in the band Mount Holly are about to kick off their debut record. We wish them the best with it all. Here’s a link if you want to show some love.

New Ours song “Stronger” available April 15th on the Transformers Roll Out soundtrack.

We recently recorded a song for The Transformers with some other great artists.

No shows are currently scheduled.